I’ve recently completed my move to a new apartment. I chose a smaller, one-bedroom apartment and decided this was a good time in my life to get rid of a lot of the junk I’d accumulated over the past 20 or 30 years. This hasn’t been a trauma-free experience … I’ve found it’s difficult letting go of things, letting go of the past. But there was stuff in my back closet that I hadn’t looked at in decades, and had been blindly moving from one place to another in the years after my divorce. 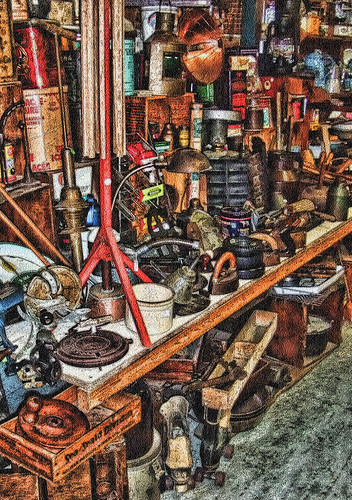 I still had a large drum humidifier from my townhome days in the 1990s. I suppose a lot of this junk I’d held onto thinking that someday I might own a home again, and when I did, I could use this stuff. But would I really want a twenty-year-old humidifier if I bought a home, and what if (as is likely) I never own a home again?

Time to get rid of stuff. It started with my wedding ring which I’d been holding onto since my divorce in late 1989. What was I thinking, that I might use if I married again, or that my ex and I might patch things up again. Get rid of it. I took it to a gold coin place here in Naperville that has been around for a long while and got $80 for it.

Six boxes of quality Library of America volumes went to the Naperville Public Library. Most everything else went to Good Will: books, clothing I’d never wear again, kitchen appliances, an expensive elliptical machine, a few pieces of furniture.

This experience should, I suppose, have been liberating. I definitely feel lighter, and I love my new apartment which is full of windows and flooded with light in the mornings. And yet … I think of older people I’ve known like my grandmothers, who gave away and sold a lot of their goods in their later years. Did they feel a need to declutter, too, or is this an impulse that comes with increasing age, that as we prepare to move on to whatever passes for an afterlife we lighten our burdens and decrease our connections to the things of this life?

By Vasily Ingogly on September 3, 2012 in Observations

Driving around Naperville today, I noticed a few more storefronts closed in the strip malls along my route. For several years now, businesses have been closing and staying closed in the area; there are storefronts that have been closed for several years now, and in some areas, you can see several stores in a row that have closed, and never reopened. 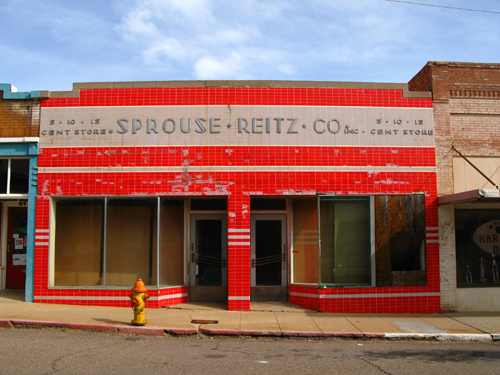 I’ve been in this life for sixty-five years, and i’ve never seen anything like it. One recalls pictures of soup lines from the Great Depression; today, those chronically out of work and presumably those whose businesses have failed are visiting the food pantries and other charities in their areas. That’s what I did when I was out of work for a protracted period nearly three years ago, and it’s the only way I could have survived.

It’s ominous that so many businesses are closing their doors, never to open again. I haven’t been traveling since the economy went south a few years ago, but I wonder what I will see when I take my vacation next month and travel to South Carolina.

It’s hard to stay positive and upbeat when so many are suffering. I recall one of my favorite quotes by  Alexander Solzhenitsyn, and wish I could be that brave, that realistic when my own fears for the future leave me pacing the floor at night:

Don’t be afraid of misfortune and do not yearn after happiness.  It is, after all, all the same.  The bitter doesn’t last forever, and the sweet never fills the cup to overflowing.  It is enough if you don’t freeze in the cold and if hunger and thirst don’t claw at your sides.  If your back isn’t broken, if your feet can walk, if both arms work, if both eyes can see, and if both ears can hear, then whom should you envy?  And why?  Our envy of others devours us most of all.  Rub your eyes and purify your heart and prize above all else in the world those who love you and wish you well.